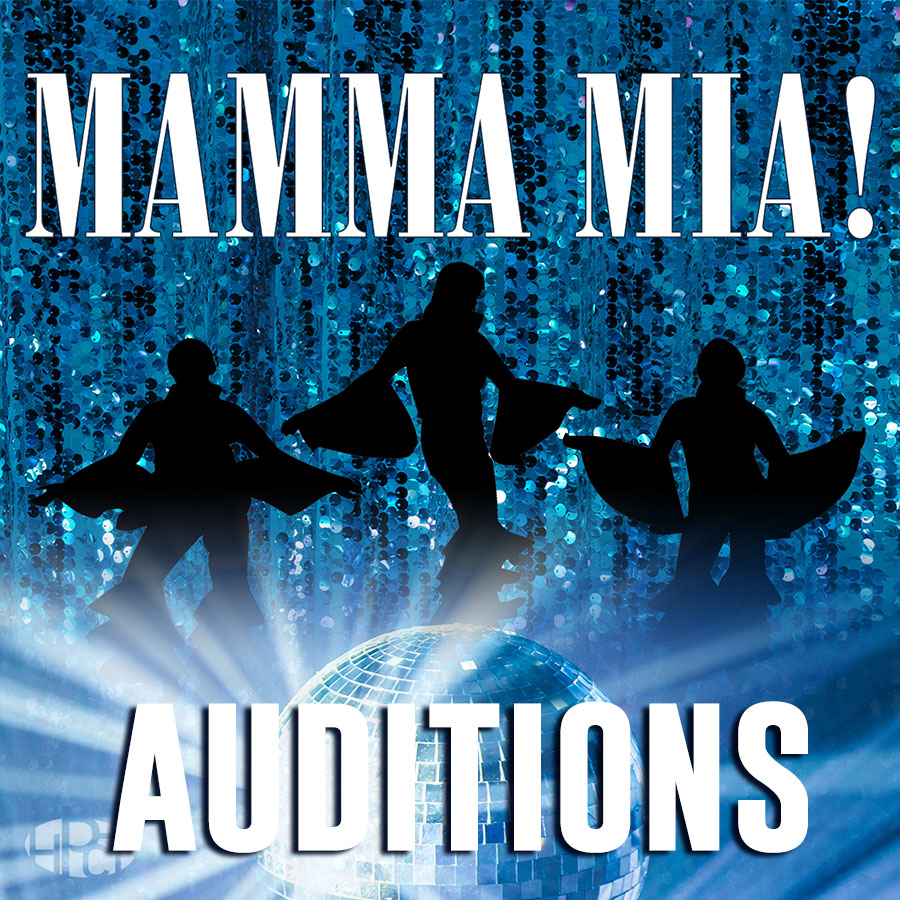 On a small Greek island, Sophie dreams of a perfect wedding — one which includes her father giving her away. The problem? Sophie doesn’t know who he is! Her mother Donna, the former lead singer of the 1970s pop group Donna and the Dynamos, refuses to talk about the past, so Sophie decides to take […]

Auditions: ARMS and the MAN 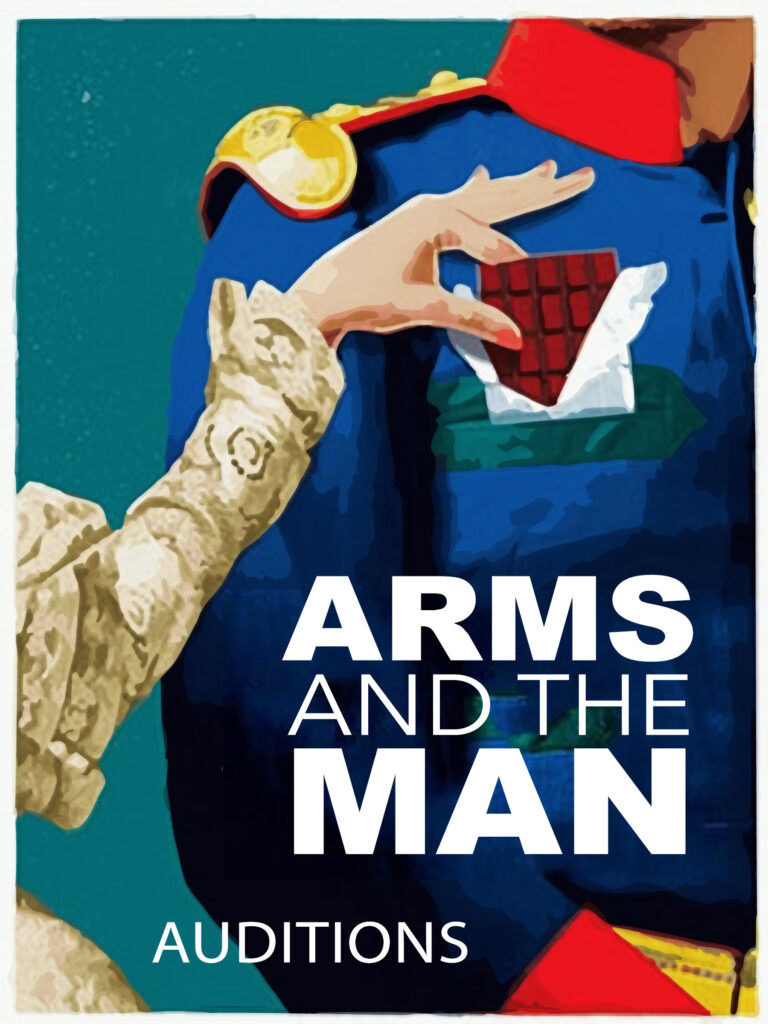 On Saturday January 29th and Sunday January 30th, we are casting for the principal cast for our 2022 play, “Arms and the Man” by George Bernard Shaw.  Auditions will be held at our rehearsal studio in Fintas, between 12pm to 4pm on Saturday or 6-9pm on Sunday. (You only need to attend one audition session.) […] 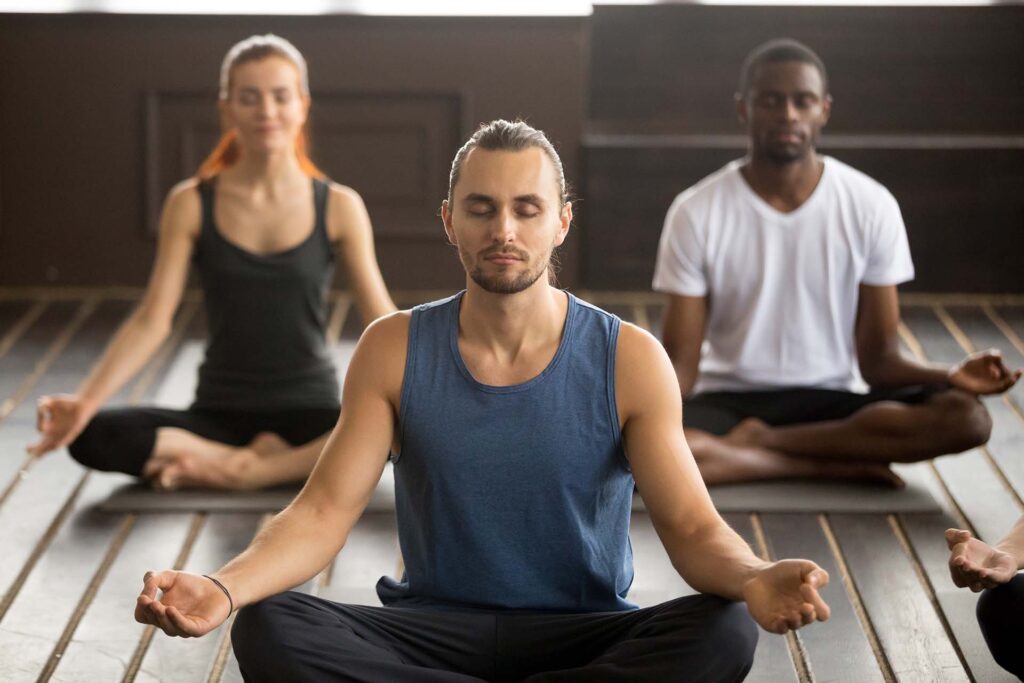 Come join us for Hatha Yoga classes, an ancient Indian philosophy and way of life encouraging proper breathing and movement that helps muscle tension, nurtures ligaments and tendons, and improves blood circulation. Our Hatha Yoga classes are suitable for the entire family*: parents, children, and the elderly. At the heart of yoga, as in drama, […] 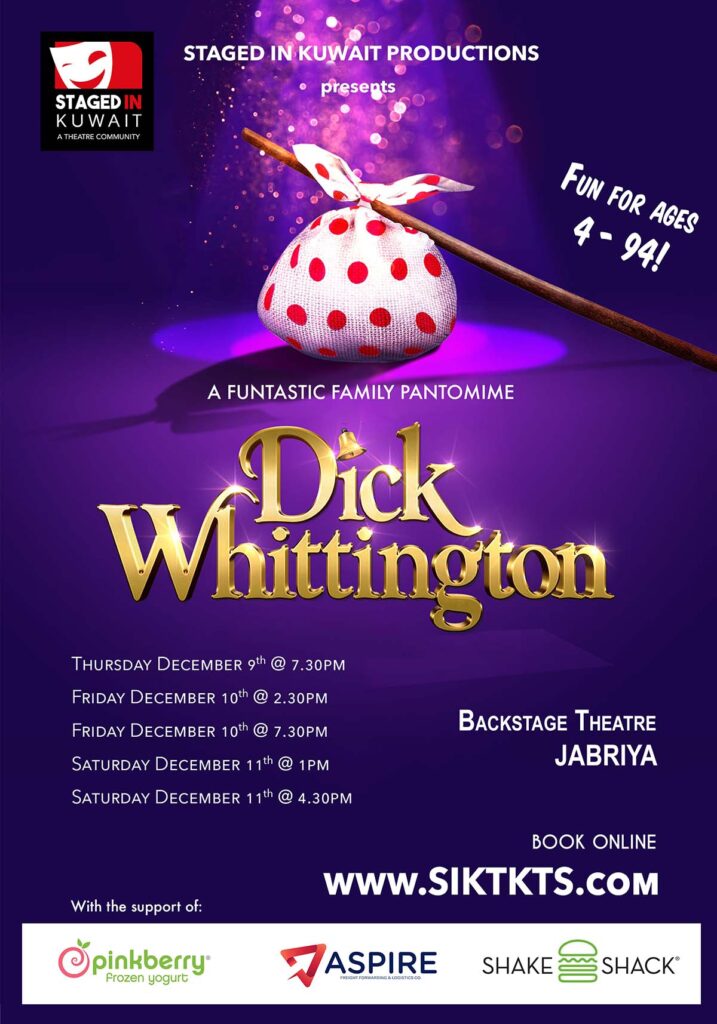 Join us for our post-pandemic return as we bring all the fun of a traditional British Pantomime to the stage this December (9th to 11th) to start our TENTH season. This year’s production will be staged at The Backstage Theatre, Jabriya (next to the Blood Bank). More space to be covid-safe, comfortable seats, and everything we […] 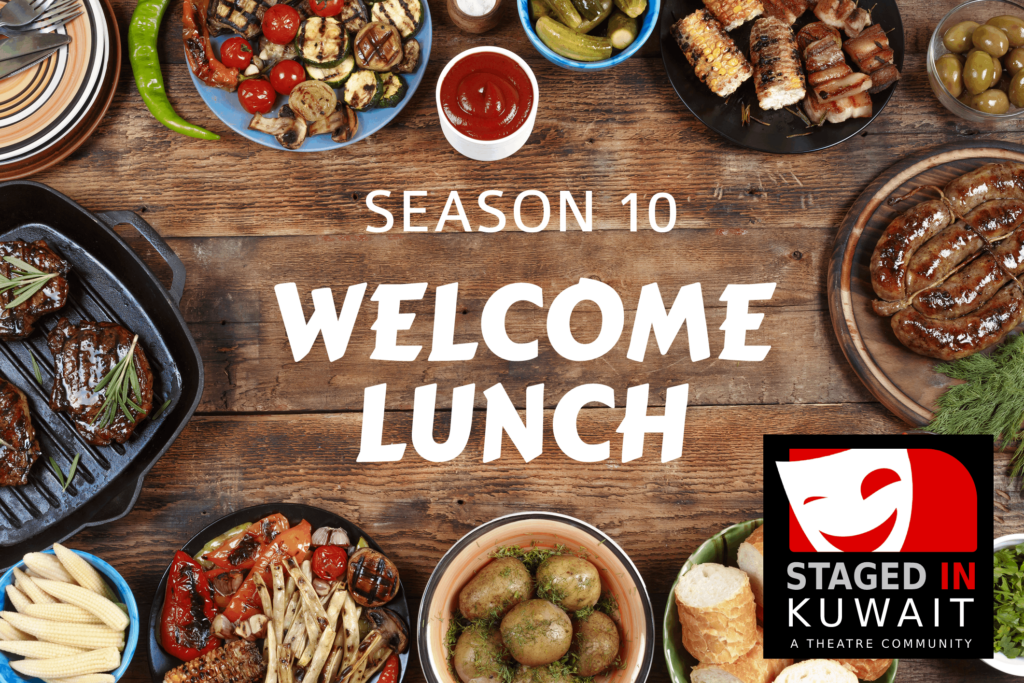 Calling all theatre lovers. Come find out how to get involved with the country’s busiest theatre community as we restart activities post pandemic! Whether you are an aspiring first-time performer, or a seasoned pro we’d love to meet you. We are also always looking for backstage crew including seamstresses, musicians, painters, and creatives of all […] 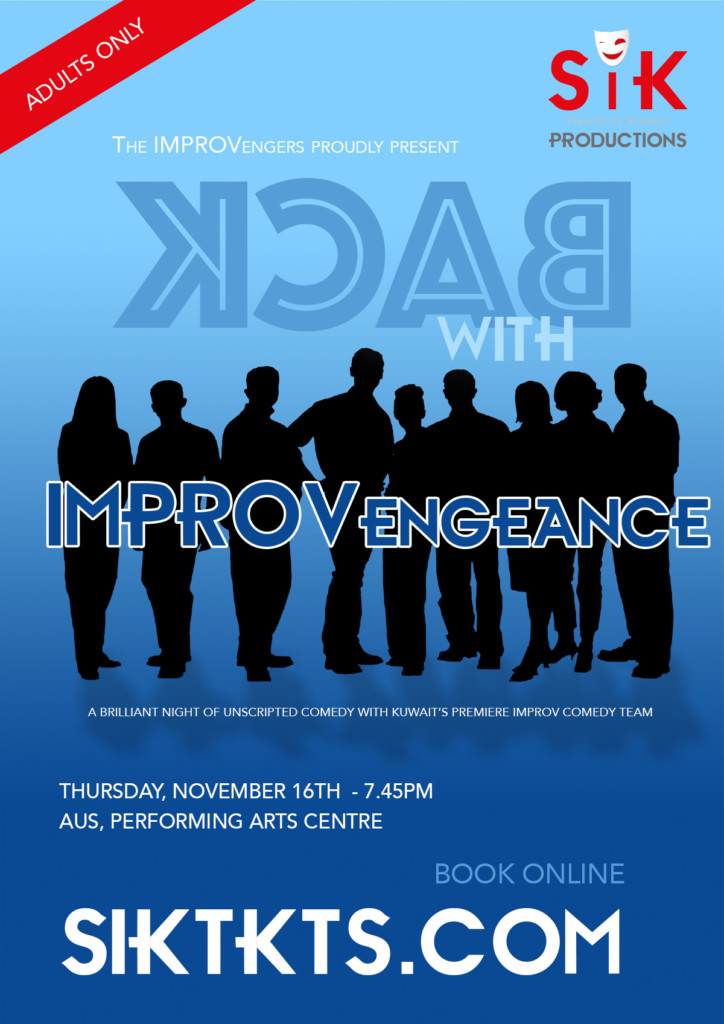 The IMPROVengers, Kuwait’s premiere Improv Comedy Team are back on November 16th for the first show of their new year. Join us for a grown up (adults only) night of unscripted comedy.

Puss in Boots – The Pantomime 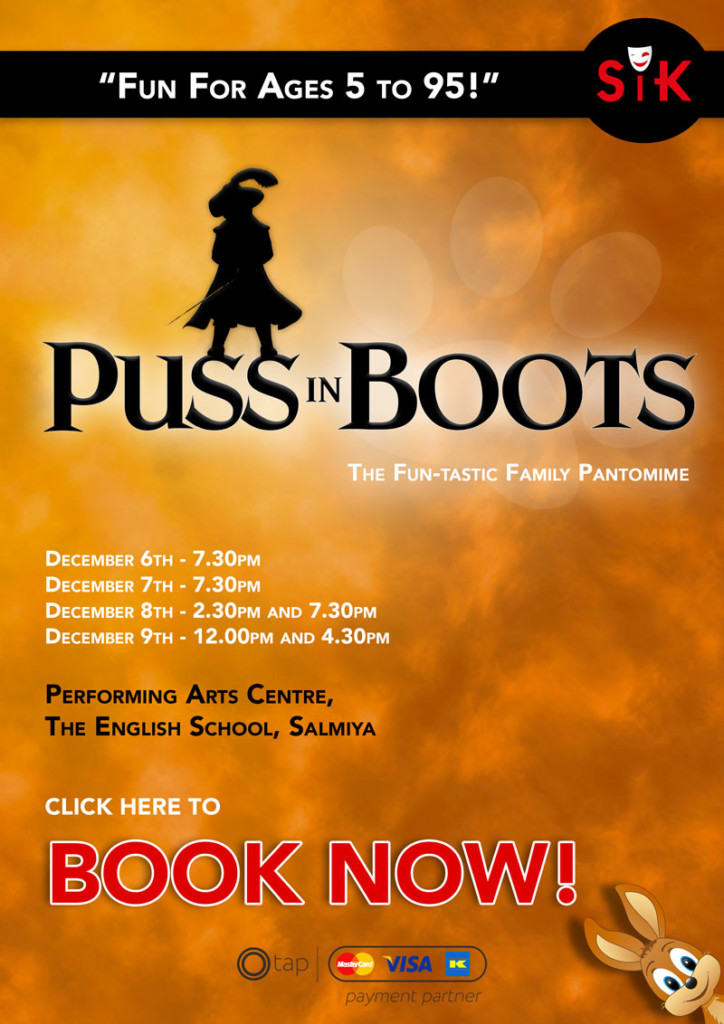 A Night of Musicals

Box office is now open for our night of Musical Theatre, to be staged at the beautiful Performing Arts Centre, American United School. Come and join an all-star SIK cast of soloists, the SIK Singers choir, and special guests ‘The IMPROVengers’ for an enjoyable evening of Musical Theatre hits.

Snow White and the Seven Dwarfs

Box Office is now open for our end of year, family, spectacular. Following the sell-out success of Cinderella last December we expect tickets to fly off the shelves once again! 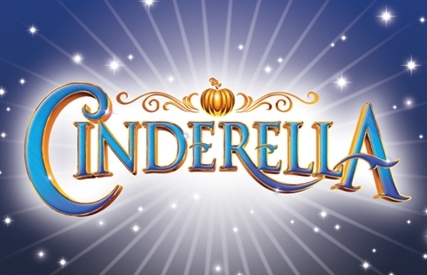 It’s almost panto time! “Oh Yes It Is!”  Book early to avoid disappointment! DECEMBER 3|4|5|6 at The Performing Arts Centre, TES, Salmiya. This year’s traditional pantomime that promises to be another treat for the whole family. Come and join us for a show full of magic, spectacle, slapstick, song and dance as Cinders battles her […] 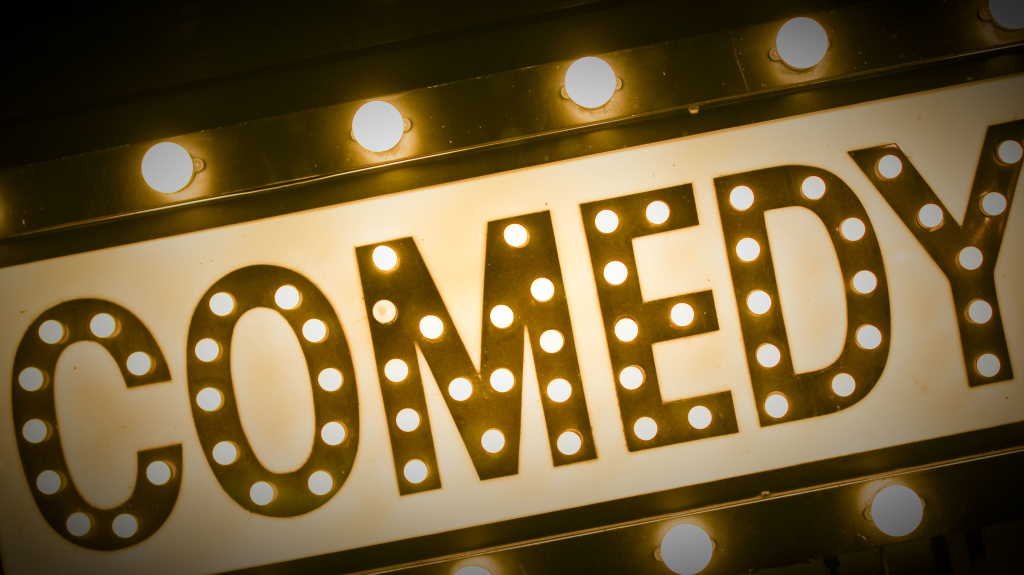 The first meeting of the comedy team will be on Wednesday 10th September at 7pm at the SIK Studio. This is the first of three sessions before the premiere Comedy Night of the season on Sept 26th and both a rehearsal and an audition. If you are interested in joining the team then come along […] 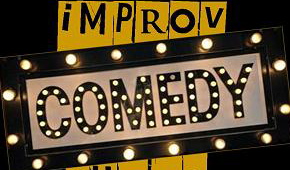 FEEL LIKE A LAUGH?  Come and join us for our first event of the season – the first outing for this season’s SIK Comedy clowns, The IMPROVengers. FRIDAY SEPTEMBER 26th – 8pm: Live Theater, Kuwait City Tickets start at just 5KD up to 10KD VIP seats. BOOK NOW! (Adults only  – 18+) It promises to be a […]