Auditions for Seussical the Musical 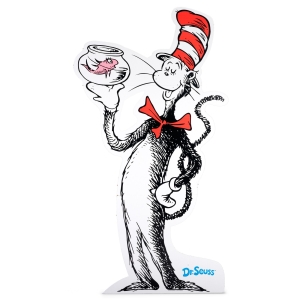 SiK will be ending their first season with the hugely popular musical based on the wonderful world of Dr. Seuss.

Seussical is a musical by Lynn Ahrens and Stephen Flaherty based on the books of Dr. Seuss that debuted on Broadway in 2000. The play’s story is an amalgamation of many of Seuss’s most famous books. After a Broadway run, the production spawned two US national tours and a UK tour.

Auditions for the production will be held during the first week of March (click here for full details) at the SiK Studio in Fintas. We are casting for a whole range of wonderful characters with parts for all ages and abilities.

Principal characters are as follows:

•  The Cat in the Hat – The mischievous, imaginative, comedic narrator of the show. The Cat acts as a mentor to Jojo throughout the play. The Cat also plays several other characters in the story, including the Bailiff in “The People vs. Horton The Elephant,” Jose the pool boy in “Mayzie in Palm Beach,” Doctor Dake in “Amazing Gertrude,” a piano player, an auctioneer, and others.

• Horton the Elephant – A thinker, the outsider, caring, gentle, main character. He tries to protect the Whos and care for the egg Mayzie leaves behind even though the animals think he is crazy. He and Gertrude become the parents of the elephant-bird.

• JoJo – A thinker, the child of The Mayor and Mrs. Mayor, gets into trouble for thinking. He and Horton bond over the fact that they are outcasts because of what they do (Horton protecting the Whos and Jojo’s “thinks”). He is appreciated in the end.

• Gertrude McFuzz – The loyal bird-neighbor of Horton, she loves him but is shy due to having only one feather for a tail. Horton eventually falls for her and she becomes the mother of the elephant bird in the end.

• Mayzie LaBird – A vivacious and vain bird who tells Gertrude to take pills so her tail will grow longer, forcing Horton to love her (Gertrude). She is the mother of the elephant-bird Horton and Gertrude adopt but she abandons him and goes to Palm Beach.

• Mrs. Mayor – The Mayor’s wife and mother of JoJo.

• Sour Kangaroo – The Leader of the Jungle that tells all that Horton is a fool for thinking there are people living on a dust speck. Also the mother of Young Kangaroo

• General Genghis Khan Schmitz – The General of the Academy, leads JoJo to war.

• The Bird Girls (3)– A type of Greek chorus of birds that are Mayzie’s friends. They often act as narrators when The Cat is absent.

• The Wickersham Brothers (3)– Three mischievous monkeys who steal Horton’s clover from him.

Cameo characters
• Yertle the Turtle – The Judge of the Jungle during the scene “The People Versus Horton the Elephant”.
• The Grinch – Tells his famous Christmas tale
• Vlad Vladikoff – Hired by the Sour Kangaroo to get rid of the Whos; steals the clover from Horton and drops it in a patch of clovers
• Cindy Lou Who – Listens to the Grinch’s tale
• Max the Dog – Acts in the Grinch’s tale

This is sure to be one of the biggest, brightest and bounciest musicals to land in Kuwait for quite some time. We operate an open auditions policy meaning that everyone is welcome.

Performances will be held mid to end May 2013.